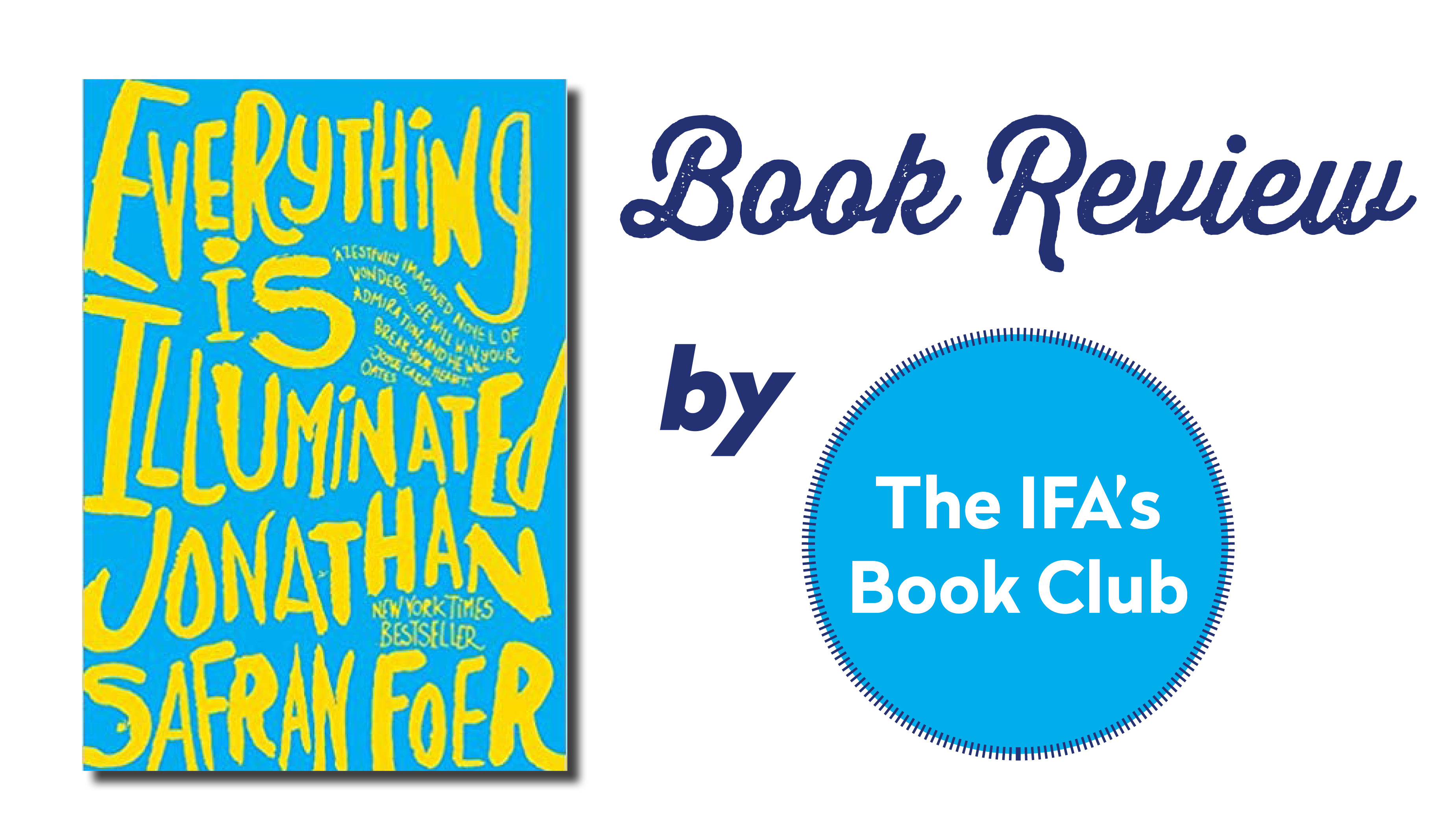 The Tuesday book club was a bit hard on this first novel by Jonathan Safran Foer, perhaps because, as principally non-native speakers of English, we did not appreciate one of the characteristics of the book which made it so appealing in the United States: the narration in « hilarious » broken English of most of the book by the Ukrainian college student guide of the protagonist as the latter searches for the family that saved his grandfather from extermination during the Nazi occupation of the Ukraine. The story is told in polyphony: three voices – those of Safran, the young protagonist; Alexander, his Ukrainian guide; and Alexander’s Grandfather, the particularly reluctant chauffeur who sees so poorly he needs to be accompanied by his « seeing-eye bitch ».

Everything is a densely-interwoven road-trip full of magic-realism, Jewish tradition and mysticism, poetic explorations of human intent, endless paradox between wanting and fearing, simultaneously implausible and credible coincidences …. an avalanche of Foer’s imagination unleashed in a first novel which, we felt, is a harbinger of fine literature to come once Foer’s explosive energy and literary talent is harnessed. It seems that this promise has been realized in his later books (such as Incredibly Close and Extremely Loud and most recently Here I Am).

It is Foer’s unique style – infusing the ironic satire of Jewish humor in the multiple genres which appear in his book (poetry, catalogue, theater, novel …) – which leaves us unprepared for the culminating « Illumination ». Just when we think we have read and seen enough to begin to digest the Holocaust, we are moved by it, viscerally and anew – therein lies the depth of Foer’s talent.