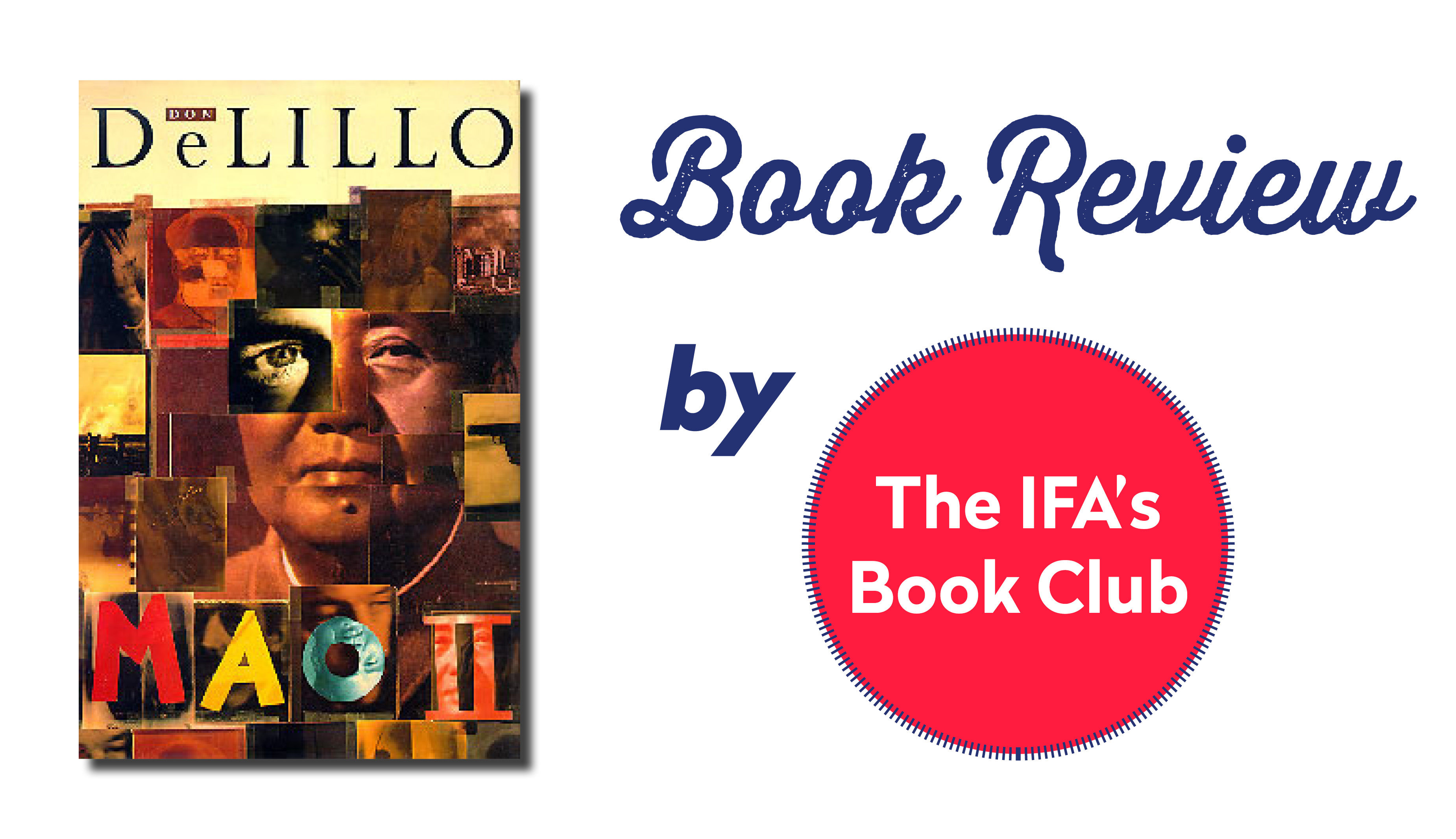 Don Delillo describes the novel as a tool we can use “to think about and accept what it means to live in our era.” The Tuesday Book Club agrees that Mao II is a deeply thought-provoking reflection on and a frighteningly premonitory vision (considering its publication date) of the ills of the 21st Century. Eerily, Manhattan’s Twin Towers and a London terrorist bombing loom in the background as the characters, and most particularly the reclusive author, struggle with their identities in an increasingly dehumanized world. Bill Gray, the author and protagonist, laments that “our books lose the power to shape and influence … Now bomb-makers and gunmen have taken the territory.”
The reader is confronted with crowds praying on human despair and nihilism (a mass wedding among strangers whose only common link is their membership in the sect of Reverend Moon, children engaged as hooded terrorist soldiers following the destruction of their societies and families in war in the Middle East, a funeral cortege so uncontrollable that the Ayatollah Khomeini’s casket had to be helicoptered to the burial site) ; with a world set adrift prey to “fake news” before the term became popular (as societies seek superficial solace in the face of the increasing banal omnipresence of violence).
Throughout all of this, the Swedish photographer Britta undertakes to photograph the world’s major authors and follows the unfortunate Bill Gray to Lebanon where he has agreed to exchange himself for a lesser known writer held hostage. It is here, in the midst of deep violence, that Delillo gives us a glance of hope – Gray reflects that he can be in the world if he “writes himself there” ; Britta pulls off the child terrorist’s hood, and reveals a human face ; We see a wedding procession in the street from Britta’s window between tanks.
However, Chairman Mao’s promise that a new human consciousness is only attainable through armed struggle hovers ever present and Delillo’s characters, dialogue and style are crystalline and sparse stripped of all but the bare necessities.

If the Book Club’s score for Mao underrates the masterfulness we all recognized, it is perhaps because Delillo’s ability to portray the intensity of the dehumanizing process underway in the world today was almost too chilling to tolerate, especially as it is juxtaposed against faint glimmers of redemption that we fear to be far too inadequate to stem the rising tide.

Discovery of different wine styles around the world and discussion about basic wine tasting techniques.…