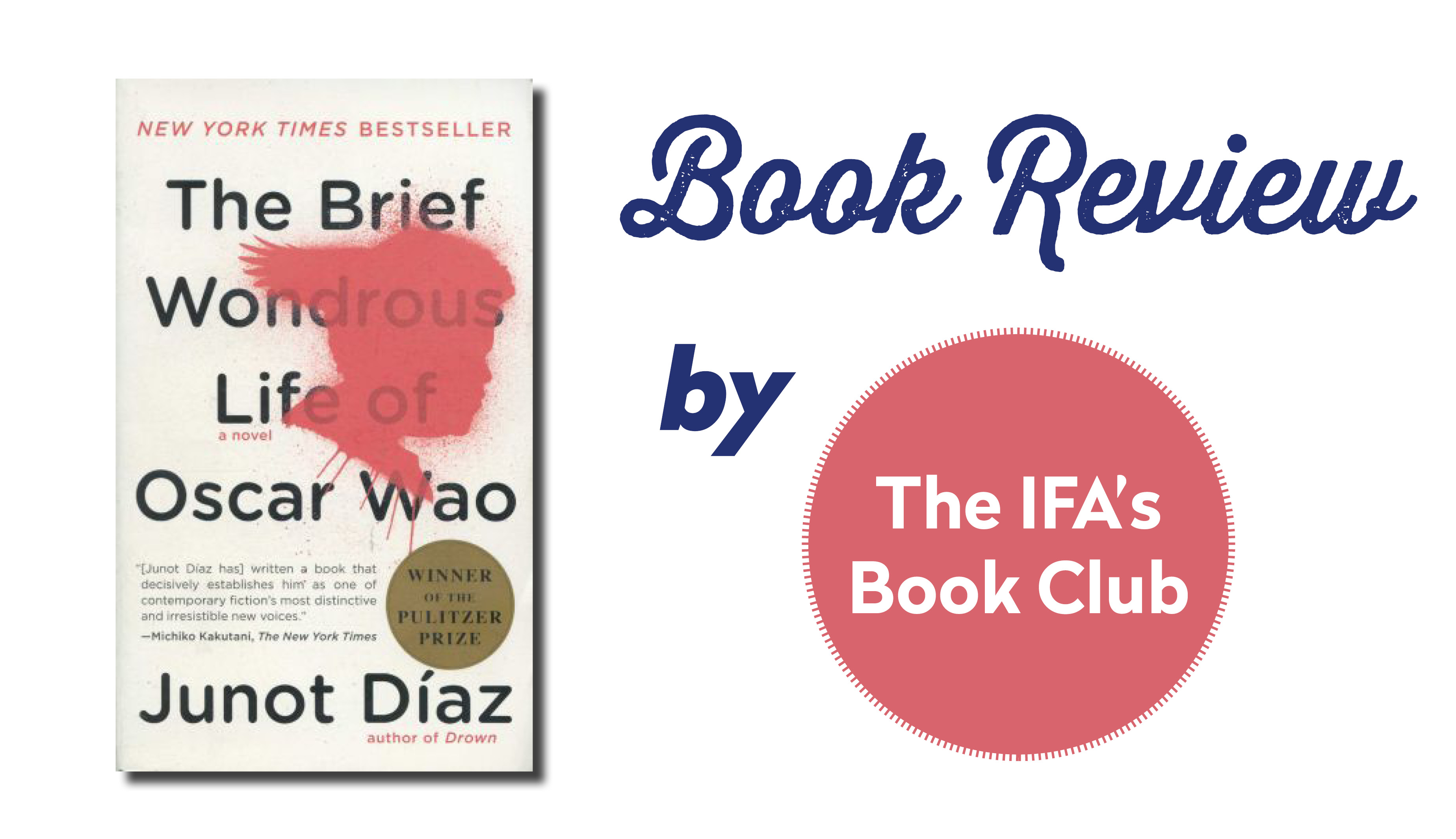 Reading Oscar is like acceding to a new stylistic paradigm, and entering into Diaz’s world requires a bit of adaptation. Diaz calls upon archetypes of evil and beauty from every imaginable realm – science fiction (Bradbury, Asimov, …), Marvel comics, classic literature (Shakespeare, Yeats, Conrad …), fantasy (Tolkein, …), classical mythology, filmography (Star Trek, Point Blank …) the syncretic superstitions of Latin American and of course, Caribbean history, literature and culture. He mixes English, Spanish and « Spanglish » in a sort of stream of consciousness continuum. This profusion of references and expression was challenging at the beginning, but as we enter the realm of Oscar « Wao » (a distortion of Oscar Wild and a reference to Oscar’s unattractive physique and hopeless failures with women, assigned to him by his macho college roommates), the universality of the images and the metissage of the language begins to flow like some hard-hitting oral slam. Paradoxically, most of our readers did not find the rhythm interrupted by the proliferation of lengthy footnotes which we appreciated for the insights they provided into Dominican history.

Almost entirely narrated by Yunior, onetime boyfriend of Oscar’s sister, The Brief Wondrous Life is the tale of Oscar, an overweight nerd, growing up in an immigrant family in New Jersey through his late teens to college and into his very early 20’s. Oscar is a misfit – partly because of his appearance, partly because of his obsession with science fiction and Marvel comics, out of phase with the teenagers around him. But he is also plagued by a deeper separation from his entourage as a result of his immigrant experience. Little by little we learn of the tragic and violent history of his mother and her family in the Dominican Republic and its repercussions on Oscar’s quest for love, and we realize, as author Junot Diaz explained in an interview, that Oscar is the victim of the « tyranny of the present » – like so many people in modern society wanting only to live in the present, his life is nevertheless inseparable from the historical moment in which he lives and the inevitable influence history has on his choices and his decisions.

Diaz’s genius lies in his ability to evoke the deepest tragedy and the most tender generosity. The pure evil of long-time Dominican dictator Trujillo is palpable and its impact on an entire population is frightening. To that extent, The Brief Wondrous Life puts us on guard against the terrible universal phenomenon of despair and indecision engendered by long exposure to totalitarian surveillance, violence and atrocity (« Beli would talk about how trapped they all felt. It was like being at the bottom of an ocean, she said. There was no light and a whole ocean crushing down on you. But most people had gotten so used to it they thought it normal, they forgot even that there was a world above. » p. 80-1).

At the same time, and perhaps thanks to the archetypical quest for salvation that informs enduring culture, there is love (« when he thought about the way she laughed, as though she owned the air around her, his heart thudded inside his chest … » p. 36) and even humor which maintain the profound humanity of Oscar and all those who undertake the hero’s journey. Little wonder that the 2008 Pulitzer prize- winning Brief Wondrous Life of Oscar Wao was considered by President Obama as one of the books that helped him survive his White House years.

To facilitate reading Oscar, I highly recommend referring to the online « Annotated Oscar Wao, » while reading it.  Many thanks to Kim, its creator, for making this available without charge to curious readers: http://www.annotated-oscar-wao.com/